Ethiopia is a landlocked country in Africa with one of the fastest growing economies in the world. If you’re planning a trip there, here are three books on the country’s history and culture to pick up before you go. 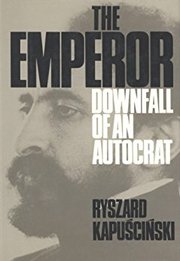 THE EMPEROR
Downfall of an Autocrat
By Ryszard Kapuscinski.
Translated by William R. Brand and Katarzyna Mroczkowska-Brand
164 pp. A Helen & Kurt Wolff Book. (1983)

This book by a Polish foreign correspondent recreates the fall of Ethiopia’s Emperor Haile Selassie, covering how he came to power and ruled for 50 years until his removal in 1974. The writer interviewed a score of officials with an insider’s perspective on how the Emperor governed and why his system ultimately failed. Among those interviewed are a man called a “cuckoo,” whose job it was to bow at the top of every hour, and another whose job was to place a pillow under the Emperor’s feet to keep them from dangling when he sat on the throne. The result is what our reviewer called “a strangely absorbing piece of investigation.” 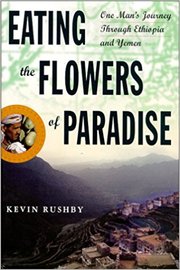 EATING THE FLOWERS OF PARADISE
One Man’s Journey Through Ethiopia and Yemen
By Kevin Rushby
336 pp. St. Martin’s Press. (1999)

The flower in the title refers to khat, a brilliant green psychotropic leaf widely used in Ethiopia. This book is a travel narrative along the khat trail, examining the ways in which the drug has affected the cultures and economies of Ethiopia and Yemen. Rushby’s descriptions of the landscape of Ethiopia are rich, and he interviews a slew of characters, including goldsmiths, fakirs and travelers. He captures the political landscape and the history of the region, painting a vivid picture of Ethiopian culture. 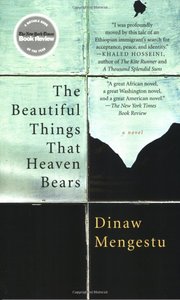 THE BEAUTIFULTHINGS THAT HEAVENBEARS
By Dinaw Mengestu
228 pp. Riverhead Books. (2007)

In his first novel, Mengestu evokes two cities: Washington, D.C., where the protagonist Sepha Stephanos currently lives in exile, and Addis Ababa, the city where he was born. His father had been murdered during Ethiopia’s Red Terror, and Sepha was trying to make a life in the United States. Seventeen years later, he still did not feel settled. Our reviewer wrote that Mengestu is particularly adept at capturing conversations between immigrants: “He gets, pitch perfect, the warmly abrasive wit of the violently displaced and their need to keep alive some textured memories — even memories that wound — amid America’s demanding amnesia.”